How Does a Fire Spread in a Building? 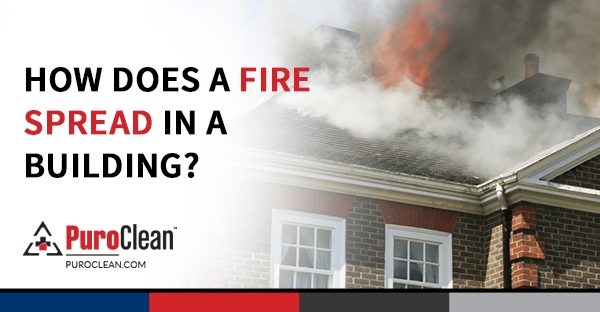 When a fire occurs in a home or property, there is no time to lose. Occupants have only a few minutes to escape before the fire gets out of control. This is why it is important to understand how a fire acts and how it spreads to the whole building. Once the smoke alarm sounds, there is not time to collect valuables, especially at night. Below are several fundamental facts about home fires that show how dangerous they are and why it is critical to get out immediately:

To be prepared for a fire, we strongly recommend installing smoke alarms, carbon monoxide detectors and a fire sprinkler system. Creating a fire escape plan is also extremely important. The PuroClean team stands ready to provide professional restoration services to any property affected by fire, water or mould damage.