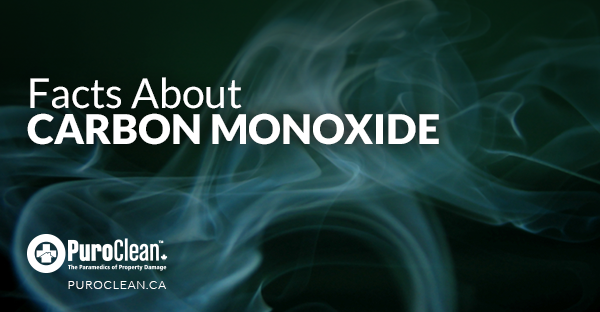 In winter, the risk for carbon monoxide poisoning is at its highest, because it’s almost always related to the heating systems. Although some governments in Canada have taken regulatory actions on carbon monoxide, fatal accidents still occur, that is why it is extremely important to understand some facts about carbon monoxide (CO).

CO is an odourless, colourless and tasteless gas that can cause sudden illness and death.

CO is found in combustion fumes, such as those produced by cars and trucks, small gasoline engines, stoves, lanterns, burning charcoal and wood, and gas ranges and heating systems. CO from these sources can build up in enclosed or semi-enclosed spaces. Breathing it can poison people and animals in these spaces.

Because CO is basically undetectable to the human senses, people may not know that they are being exposed. The initial symptoms of low to moderate CO poisoning are similar to the flu (but without the fever). They include: headache, fatigue, shortness of breath, nausea and dizziness. High levels of CO inhalation can cause: mental confusion, vomiting, loss of muscular coordination, loss of consciousness and ultimately death. Symptom severity is related to both the CO level and the duration of exposure. Unless suspected, CO poisoning can be difficult to diagnose because the symptoms mimic other illnesses. People who are sleeping or intoxicated can die from CO poisoning before ever experiencing symptoms.

How does CO poisoning work? Red blood cells pick up CO quicker than they pick up oxygen. If there is a lot of CO in the air, the body may replace oxygen in blood with CO. This blocks oxygen from getting into the body, which can damage tissues and result in death. CO can also combine with proteins in tissues, destroying the tissues and causing injury and death.

All people and animals are at risk for CO poisoning. Certain groups — unborn babies, infants, and people with chronic heart disease, anemia, or respiratory problems — are more susceptible to its effects.

Check back with us to find out how CO poisoning can be prevented and don’t forget to follow us on Twitter, LinkedIn, Facebook and Google+ to get our notifications!